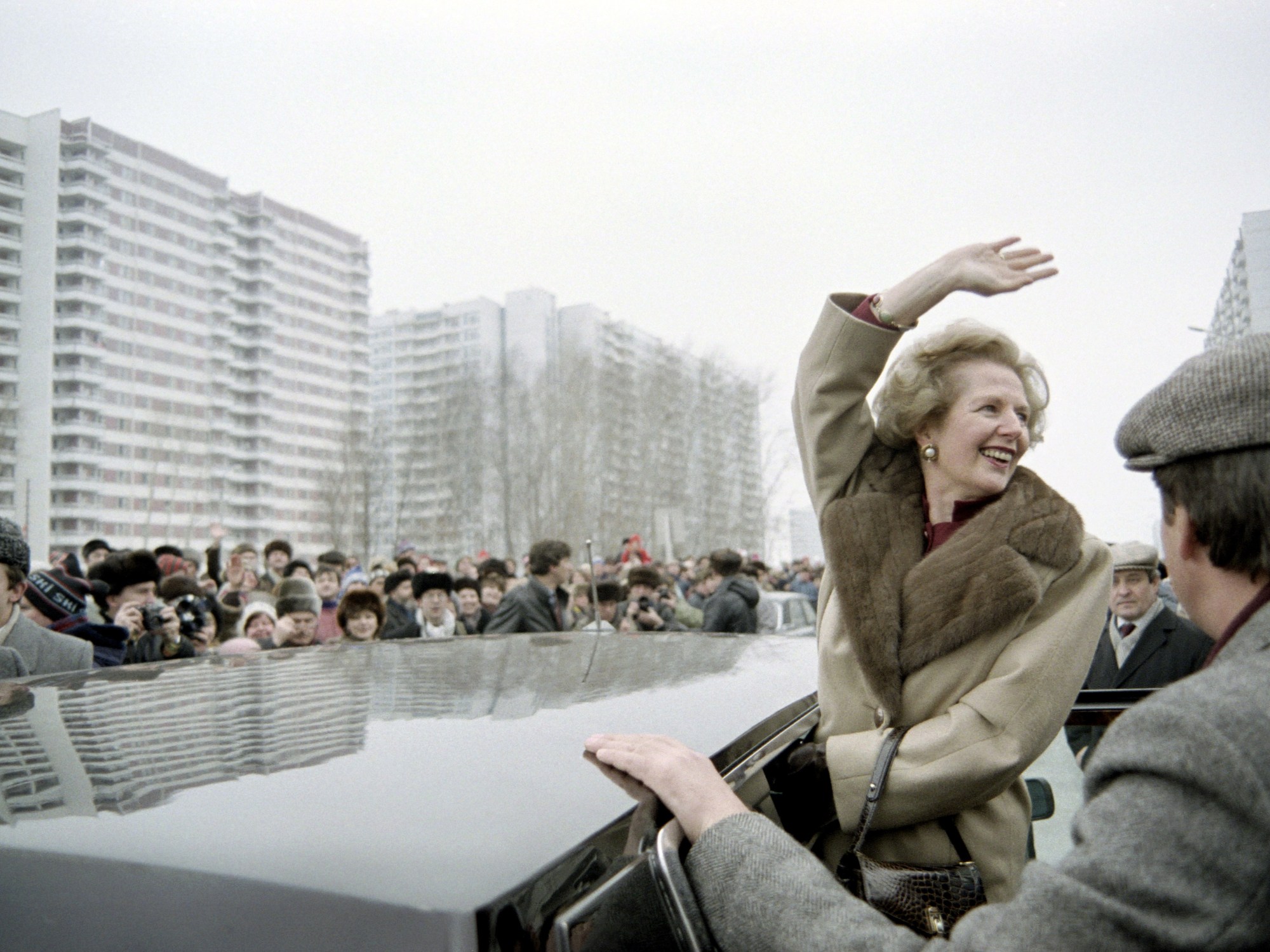 Did you find the rush round diabolically difficult this week? You might not be alone. There was a strange clue embedded in it alluding to Margaret Thatcher and soft serve ice cream. I had no idea what this was a reference to, and maybe I wasn’t alone.

Well here’s the deal. Apparently Thatcher was to some extent involved in perfecting soft serve ice cream techniques during her time at university in the 1940s. True story. This has been twisted, exaggerated, and inflated by some to such claims as “Margaret Thatcher invented soft serve ice cream”. Not so, especially since soft serve existed at least a decade earlier in the United States. This article in the New Yorker says more than I could hope to here, and is rather interesting indeed. And a bonus picture for you, the Iron Lady and Canada’s Pimp Minister. Will we ever have another leader who wears white suits? Alas.