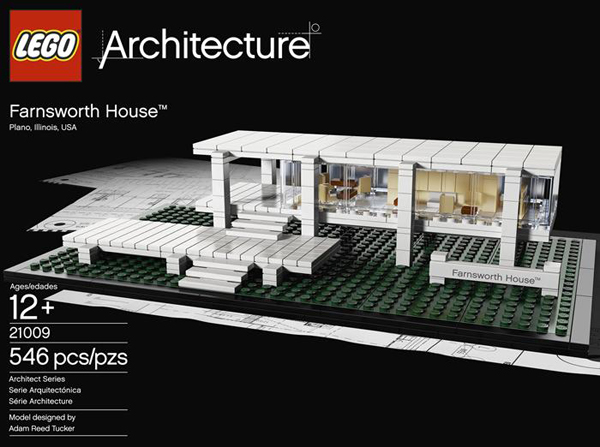 Remember the question about the Villa Savoye? No? Well now you do, and it’s the jumping off point for a brief amateur architectural tour of the world. The Villa Savoye was a villa designed by Swiss architect Le Corbusier (1887-1965).

Le Corbusier wasn’t actually his name, it was a pseudonym he adopted to prove that he could reinvent himself. No, modern pop stars did not pioneer this idea! He designed a villa for the Savoye family along the line of his famous five points. I find it interesting that artists often impose constraints upon themselves, and then work within that framework to create things. The Dogme 95 film movement is another random example of this practice. When it works to spur creativity it’s very fascinating, but when it devolves into ridiculous internecine squabbling over who is a “real” Surrealist, it’s pretty useless. With this in mind we can examine creative works in and of themselves, but we can try to evaluate how well the work in question lives up to its creator’s ideals and intents, even and especially if you think those ideals are stupid. It’s what makes art appreciation more fun than just “I like it” or “I hate it”. So let’s give it a go, shall we? Le Corbusier’s five points were:

Sounds kind of exciting doesn’t it? He brought these principles into being in the Villa Savoye (1929), and here’s what it looks like.

We are people who live amongst so much modernist architecture that this design seems, not standard, but not exactly revolutionary either, so it’s worth remembering that an average French “villa” of the time might have looked like this:

So did Le Corbusier live up to his five points in this design? For discussion. I’d say so. Interestingly, though, the rooftop gardens compromised the roof itself and it leaks. Woops.

Hilariously an architect in Canberra blatantly copied the Villa Savoye, creating a “shadow” version of it, on pretty close to the exact opposite side of the world.

The only problem is that it looks like trash! But this raises an interesting question: why isn’t there more copying of noted architectural works? Theoretically there’s nothing preventing you building another Guggenheim, or a second Fallingwater, aside from terrain features. I guess if you had enough money to build your own villa you’d want a unique one. Are you a noted auteur architect? Please comment.

Now Le Corbusier didn’t just appear out of nowhere. His work was part of the general modernist zeitgeist that would come to be known as the International Style, a school which emphasized unadorned facades, concrete (sometimes brick) construction, and balance without symmetry. The International Style came onto the world stage in a famous 1932 MOMA exhibition, featuring works from numerous architects. It’s interesting to have a quick look at them to see how various different people brought into being thematically works in different places, and serving different functions.

And there exists an Ottawa connection! The International Style caught on at just the time when many cities across Europe were rebuilding, and many cities in North America were expanding rapidly. With its emphasis on functionality and lack of adornment (read: cheap! or at least seemingly cheap) this style and its offshoots popped up all over the place in public buildings, universities and so on. One of the most important examples in Canada is our very own Old City Hall.

It really is a cool building, particularly as it integrates with the surrounding Rideau River. If you ever have a chance to go there for a meeting or something do make a point of poking around.

During this little tour we’ve seen some interesting concepts implemented in interesting ways (I should add, though, that these structures are not without fierce critics). However, human beings are really good at taking simple concepts, refining them, and running them to their ugly extremes (see: communism, hair shirts, &c). The International Style is the refined older sister of the evil, bawdy runt of the litter, and favourite style of Marxist dictators and university administrators: Brutalism. There is no greater expression of the soullessness of modern existence than Brutalism. If the feeling strikes me I may take you for a tour through that sometime.

Feeling ready to dominate your next cocktail party with all this knowledge? Caveat emptor if you run up against someone who actually knows something about architecture. Come on out and play the weekly pub trivia game. It’s fun and free, and full of stuff like this.